OTTAWA & GARNETT, KS – Today, Rep. Sharice Davids visited Franklin and Anderson Counties as part of her Moving Kansas Forward tour. Davids is visiting all five counties in the Third Congressional District ahead of Election Day to share how she’s working to solve tough problems and make progress for Kansas.

“It was great to connect with folks in Franklin and Anderson County about what’s at stake this year as we head into the final 10 days of this campaign,” said Davids. “Kansans are looking for a real leader who works across the aisle to solve tough problems, from our supply chains to our health care. That’s the leader I’ll continue to be for every corner of our district as we move Kansas forward—together.”

Davids visited Ottawa University and spoke with students ahead of the homecoming game. She also rallied volunteers in downtown Ottawa before traveling to Garnett to meet with Anderson County supporters.

Davids and students at Ottawa University.

Davids rallying with volunteers in Ottawa. 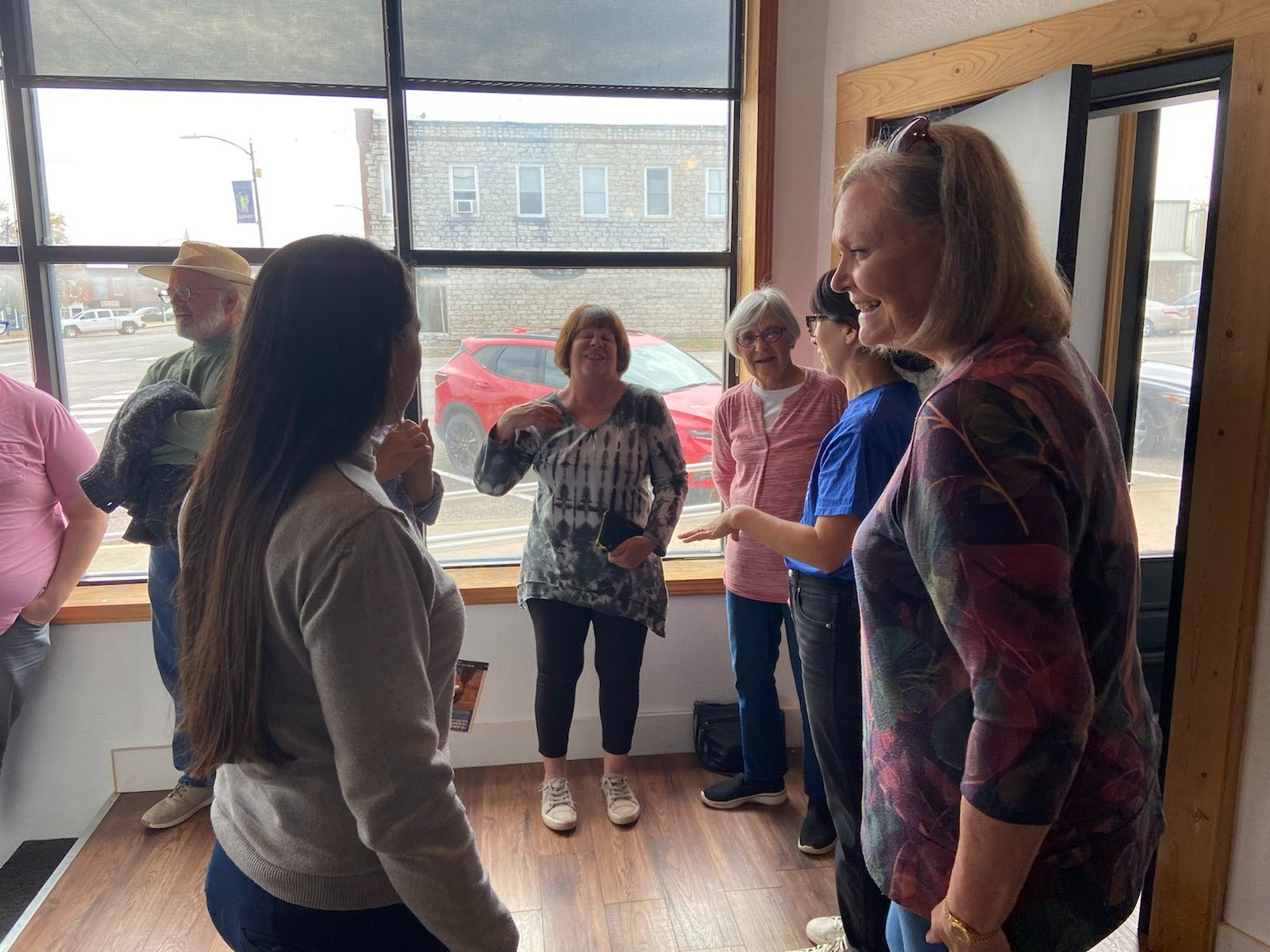 Davids and supporters at the newly opened Troyer’s 1883 in Garnett.
Davids is traveling across the Third District, highlighting her work to lower costs for Kansans, from unsticking our supply chains to boosting domestic manufacturing to tackling the skyrocketing price of prescription drugs. On the Moving Kansas Forward Tour, Davids touts her strong bipartisan record that includes helping get major infrastructure projects like US 69 funded and attracting major investments like Panasonic to our area.